Ralph Lauren Company CEO Patrice Louvet and his executive team took to the stage recently in RL’s first investor presentation since 2018. Four years in the making, it was a big event lasting some four hours and backed up by a nearly 200-page presentation.

The bulk of the time and pages were devoted to the company’s accomplishments, of which there were many. Less time was spent giving an outline of its updated strategic growth plan, called “Next Great Chapter: Accelerate.”

Louvet promised: “Our clear and choiceful strategies are expected to deliver sustainable long-term growth and value creation – fueled by our strong balance sheet and operating discipline – as we reinforce our position as the leading luxury lifestyle company.”

It wasn’t until the last 30-minutes or so of the presentation that Jane Nielsen, COO and CFO, took the stage and presented the detailed projected numbers: 8% constant currency increase for fiscal 2023, followed by mid-to-high single-digit CAGR through 2025.

In addition, the company is aiming to raise operating margins north of 15% thanks to saving $400 million in cost-of-goods and operating expenses. Marketing spend as a percentage of revenues will be reduced by 7% as well.

Timing may be everything when it comes to realizing Ralph Lauren’s three-year goals. Having built what Louvet described as a “fortress foundation” and with “strong momentum to unlock even more potential,” he is confident the company has the resilience to move forward even as the “waters get choppy.”

It may all depend on whether the company faces just a little chop caused by the changing economy or if things gets a good deal rougher. But Ralph Lauren has found a safer haven now that it has bailed out $700 million of “brand dilutive” revenue from off-price wholesale and low-end department stores and returned to true luxury.

Nonetheless, the last recession proved that the luxury market isn’t immune to economic swings, having dropped 9% from 2007 to 2009. But Louvet is confident that the company can withstand, even rise above, whatever the economy throws at it.

Among the company’s accomplishments over the last four years include:

Since 2018, the company has brought in 20 million new higher-value and younger direct-to-consumer customers. That includes a 38% increase in full-price Direct To Consumer (DTC) customers since 2019 alone and they are active with one in four having shopped RL in the past year.

Brand aspiration is on the upswing with 74% of consumers now considering RL a luxury brand and it’s the top pick in brand consideration among next-generation consumers over a set including Calvin Klein, Tommy Hilfiger, Lacoste, Burberry and Gucci. Consumers are drawn to the timeless quality of the brand, as compared with the others.

RL has an advantage with the next-generation customers it’s cultivated – one in three U.S. consumers grew up wearing Ralph Lauren. This extends their projected lifetime value as long as they stay with the brand. And it can succeed if it continues to deliver greater value for money, which grew 7 points since 2020.

RL has completely restructured its retail network over the past four years. Most significantly, it has pulled out of two-thirds of its low-value North American wholesale accounts and cut exposure in off-price retail by 50% to return that channel to being a “true vehicle for liquidation,” said Bob Ranftl, regional CEO North America.

That move, along with its acquisition of more high spenders, has resulted in a 64% increase in average-order size. Also noted is that multi-channel customers spend four times more.

It’s added 450 full-price stores and concessions globally since 2018 which includes a variety of formats, including flagship stores and smaller footprint stores under 10,000 square feet. It now reports that direct-to-consumer business accounts for 63% of revenue.

Asia is going to be a big focus of retail expansion in the next three years across both stores and its digital ecosystem. Its China strategy will be clustered in six major cites: Beijing, Shanghai, Chengdu, Shenzhen, Hong Kong and Taipei.

Its North American outlet stores are getting a special treatment too. In many places, these are customers’ local RL store and the aim is to allow these value-oriented customers to also engage with the luxury of Ralph Lauren.

“We’re elevating that physical environment. We’re elevating the product presentation, the assortment, the service model. When the consumer walks into that store, we want them to feel inspired,” Ranftl explained.

“We believe connected retail is the future, “ declared Janet Sherlock, chief digital and technology officer. “This is a major unlock for us because it gives us the flexibility to engage with our customers where they are, especially next-gen. It’s where they’re getting their inspiration or choosing to transact,” she continued, as she described the digital ecosystem than undergirds the company’s operations.

Sherlock reported that digital has over-delivered on its promises from last investor’s day. It’s added over $1 billion in revenue (20% CAGR), against promised $500 million. Digital penetration has doubled and operating margins increased by 850 basis points.

All told, digital sales now generate 26% of company revenues, including RL’s owned and operated site, partnerships with digital pure plays, like Asos, Farfetch and Mr. Porter and its wholesale.com offering.

Through 2025, it expects digital to reach one-third of company revenues on low-to-mid-teens CAGR. It will leverage digital for international expansion, build out its home business, expand social commerce and its app and grow into the metaverse with digital goods and NFTs.

And with its deep reserves of customer data, it will use AI to anticipate needs, customize local product assortments and personalize clienteling.

With the aim of connected retail to “create experiences that transverse physical, digital and virtual worlds,” Sherlock sees the potential for new revenue streams as the metaverse becomes a reality.

RL’s return to core classics will be a key driver to extend customers’ lifetime value. Consumers are looking for products as investments with value that accrues over time, she said.

Currently, 70% of the revenues derive from its classic core product offerings along with seasonal color iterations of those classics. At the same time, it’s bringing that timeless, classic approach into new categories like outerwear, which now generates nearly 10% of revenues.

Home has also gotten the classic treatment, which grew 50% over last year and extends beyond linens and bedding into furniture, dining, rugs, lighting, decorative accents and giftware.

Its women’s business is targeted for special attention as the RL brand is underpenetrated in her closet. Women currently make up the majority of customers (56%), buying across many different categories, while women’s apparel accounts for less than 30% of the RL business.

The company sees handbags and accessories as an important lead into the women’s fashion market, fitting its timeless creed. And it can dress her for every occasion from weekend to weekday, sporty to casual, even special occasions.

Its women’s business is expected to deliver low double-digit growth through 2025, with the Polo for women brand leading the charge.

“The consumers can leverage the breadth of our product with our sweet spot right at the epicenter of elevated casual,” Alagöz affirmed.

At the end of the presentation, Ralph took to the stage to recall his 55-year journey after he presented his idea for ties to his boss at the time. Not impressed with the 20-something’s idea, the boss said, “The world is not ready for Ralph Lauren,” and Ralph went on to prove him wrong.

He more than any of the investors in the room owes much to Patrice Louvet and his resourceful team who have taken the company from where it was in 2018 to where it is today.

“I’m impressed by the team and by you,” Ralph said. “You’ve done an amazing job and you put this company in the right place.”

The company has undergone a dramatic transformation under Louvet’s leadership. No doubt, when he and the team were drafting this presentation, it looked like the hard work was behind them. But the world is shifting once again as the fragile economy hangs in the balance.

The next three years won’t be as easy a ride as it once appeared, but one thing is for sure: The company has firm, steady capable hands guiding it over the choppy waters ahead.

The Answer To Better Marketing 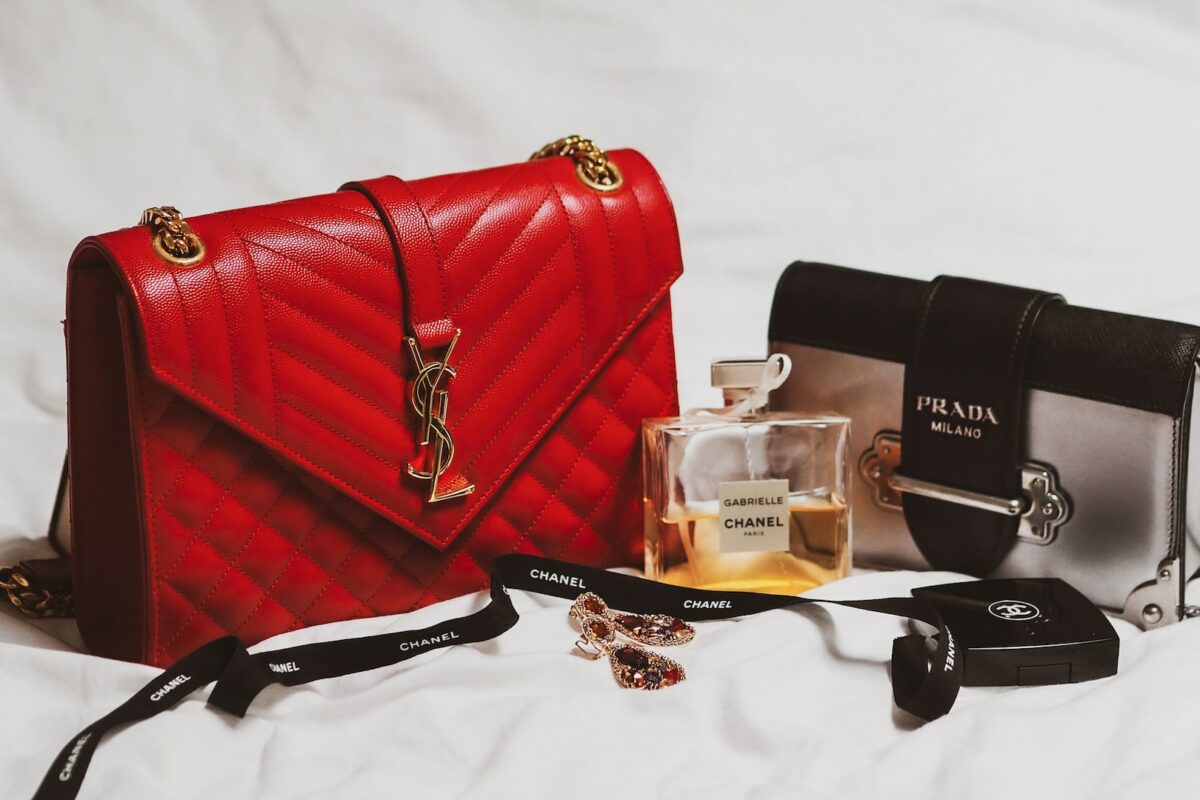 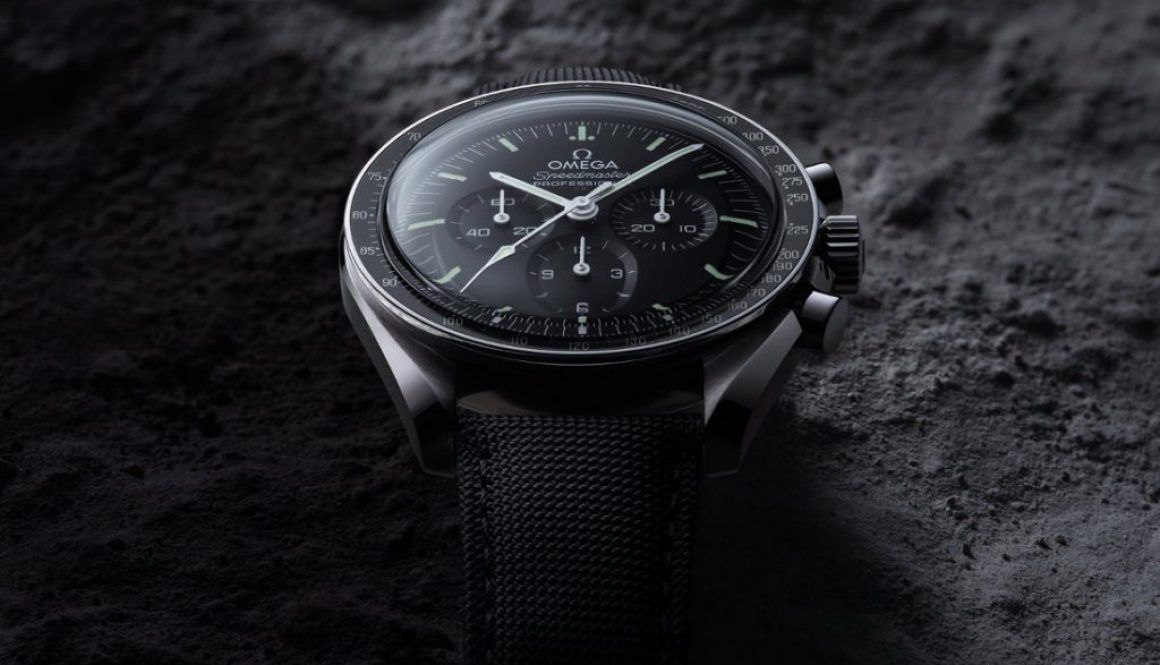 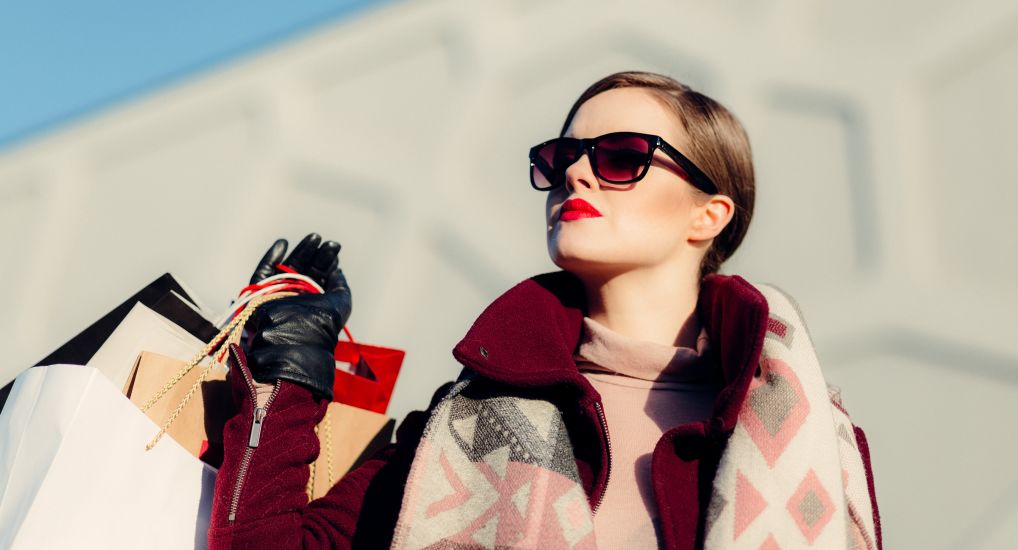