Everyone knows there’s a critical difference between Brand imagery and User imagery. A brand’s personality tells a story about the product. It tells its target market what to expect. It suggests heritage, quality, flavor, status, effectiveness, attractiveness, service, value, when to use it, where to use it, how to use it, etc. Potent brands create rich pictures in the eye of the consumer.

User imagery, on the other hand, generally refers to one of two possibilities.

For many products, User Imagery often represents the ego ideal of interested people – who I want to appear to be because I use your product; vs. the “shadow” or “not me” among those who reject the product – it’s who I don’t want to be associated with and therefore would not want to use the product. Often, User Imagery projective questions are used as a way to keep participants honest in their reactions to product. So, for example, if a respondent says she probably will buy a product, but the user imagery is of a “not me” person, it becomes obvious that she was only being polite in her response to the purchase interest question and is not really interested. Car owner imagery is often expressed as this ego ideal or shadow. As discussed later, see the difference between the BMW driver vs. the Mercedes driver.

Other times, user imagery refers to a more realistic depiction of the actual consumer. We have an example of that below in the cough medicine story.

For me as a researcher, one of the most powerful illustrations of the influence of brand became evident in a study I was doing on a new mouthwash a number of years ago.

One of the groups was comprised of consumers who were heavy users of green Scope. They were given three unbranded samples of green mouthwash to try. One was the new brand, one was Listermint and one was green Scope. Not knowing which was which, it was amusing to see a bunch of dedicated users all turn up their noses at their beloved brand, Scope. Unbranded, it “tasted awful.” One man actually spit it right back out into the cup with a look of revulsion on his face.

Even more amazing was what happened later. After a period of time when taste buds were allowed to return to a more normal state, the same people were given branded versions of the identical products to try. When they swished with the branded Scope sample, big smiles broke out on their faces. Comments like, “Now that’s MY Scope” were made.” Even the man who hated Scope when he originally tried it unbranded, was a strong voice in the “We Love Scope” chorus. Inside, I just had to shake my head in amazement at the impact of a strong brand identity.

In certain categories and with certain products, the personification of brand imagery is close to a consumer’s aspirational model. We see this with status type products like cars, cosmetics, wine, clothing. So, for example, some one who would be interested in driving a BMW might describe it as a sharp, smart, fast, sexy and eloquent Pierce Brosnan type in the latest James Bond movie. In contrast the Mercedes might be described as Michael Bloomberg, a savvy, clever billionaire businessman who goes where he wants to go in-style. It’s easy to see how a personification of the brand and the aspirational user images could overlap in these cases. The BMW purchaser or aspirer wants to be seen as an educated car owner, who knows great value even though it might be cost more. This is an elegant but relatively understated type of person. The Mercedes owner is flashier, parading wealth in addition to making smart choices. So while the similarities in images are evident in this case, in most other categories there are important differences between the images of the brand and the user.

There is a tendency for clients and moderators to use personification techniques to get at brand images. We’re often asked if we could “get them to do a brand party”, where all the brands come to life and get together as their anthropomorphized selves. WATCH OUT. When you ask people to talk about a personification of a brand, there’s a danger that instead of talking about the brand characteristics, they will flip flop to the user. It’s fairly tough to ensure that respondents clearly distinguish between brand and user imagery when they are talking, (and sometimes even when brand managers are talking!). Here’s an example which really illustrates the difference. Let’s talk about OTC cough syrups.

Let’s work with Vicks 44 to start with, and imagine that we asked people to personify THE BRAND. The Vicks 44 brand might be described as a very strong truck driver who is a little gruff but always gets the job done. Whereas THE USER of Vicks 44 might be a very concerned wife who wants to give her husband something that is really going to take care of his cold and his cough.

In this example, you can see two very different images. While the brand is male and strong, the user is female and soft and perhaps even a little frightened. The brand is confident. The user is worried and is therefore looking to the brand to do this job that will make her feel more self-assured.

Also, the confusion between brand and user imagery is not limited to consumer products. Sometimes even the brightest respondents have trouble with this; even, and perhaps especially, when you’re talking to physicians about pharmaceuticals. For example, there is an anti-anxiety medication that does its job in protecting patients from anxiety attacks but also makes the user (often young women) gain weight. When physicians brought this med to life at a party, they described an obese woman.

Because brand and user imagery is often very rich and sometimes the most interesting part of a focus group, clients have a tendency to get distracted and forget to clarify the difference. (I’m so often forced by a client who thought a brand personality party they saw previously was really cool, to have them personify the brand so that they can hear them tell this cute story… without realizing whether that story relates to the brand or the user).

When you are moderating, if you see the group going down a road where they’re having trouble differentiating the brand characteristics and the imagery from the user characteristics, just stop mid-stream and say something very simple like “OK. From what you’re saying I can’t quite tell… are we talking about the brand and what it would be if it were alive or are we talking about the person who uses it?”

It’s really OK to stop in the middle of an exercise. The client will actually realize why you did that and you will look smarter than if you let it go, in which case they might think “Hey, wait a second. This is not the brand. This is the person who uses the brand. This exercise did not work.”

To avoid this dilemma you might consider using different imagery exercises for the brand portion vs. the user portion. There are many, many exercises to elicit impressions of brands that go beyond turning them into people. For example, if the anti-anxiety med imagery was obtained via analogy instead of personification, it might have been described as an exquisite chocolate truffle that was beautifully designed, delicious, soothing and comforting but very fattening.

An interesting way to get at both brand and user imagery as part of the same exercise is using a car and driver analogy. This approach yields clearly distinct associations for the brand vs. the user. You simply ask participants, “What if this brand were a car?”, and then get them to describe the car in detail, make, model, color, year, features, . There are the roots of your brand imagery. Then you ask “OK, now who do you see driving it?” … that’s the user imagery. A little structure and simple education like this goes a long way towards clarifying brand vs. user image in both the respondent’s and the back room viewer’s minds.

Let’s go through another example. Let’s say we’re looking at 3 different brands of bottled water. There’s Poland Springs, there’s Evian and there’s The Looking Glass. (We have our own bottled water in our facility… excuse my shameless plug).

So, there’s the Looking Glass bottled water, there’s Poland Springs and there’s Evian. What you say to the respondents is something like, “I want you to imagine that these three bottles turn into cars at night…. and now, I want you to listen as you can actually hear the motors of these 3 cars revving up.” (Make it fun and engaging. Be dramatic, wave your hand like a magic wand, use an intriguing tone of voice … ) “The doors. The garage doors are about to open. Behind the doors is the Evian car, the Poland Spring car and the Looking Glass car. And as the door is opening, again we can hear them revving up. I want you to imagine which vehicle each would be. What does it look like? What color is it? What year? What make? What model? And imagine the person sitting inside, what the upholstery is like, all the different bells and whistles inside. Describe it in your mind. Get a picture. Feel what it’s like to sit in it. Experience it. And as the garage doors open and it begins to drive out, you also can actually see the person who’s driving it. So, I want you to create 3 stories for me, 3 different images, 3 senses. One is of the car itself and the other is of the driver.”

The car and driver exercise is a very exciting and rich way to get some quick imagery of both the brand and the user. And it distinguishes the two in a meaningful way. It is easier to discern how the brand is like the specific car and how the user is like the driver. You can then query people about the tie back. “You said The Looking Glass water is like a BMW and Poland Spring is like a Land Rover. What are all the words you would use to describe a BMW? A Land Rover? What is it about The Looking Glass water that is like the BMW you just described? How so? And what about the Land Rover and Poland Spring? Similar probes can be asked for the BMW and Land Rover drivers.

There are so many other projective exercises you can use to understand brands that do not personify the product. They’re so much easier to read against the user imagery. But, if to please you’re client you need to do a personification of brand, just remember to watch out for confusion between brand and user. 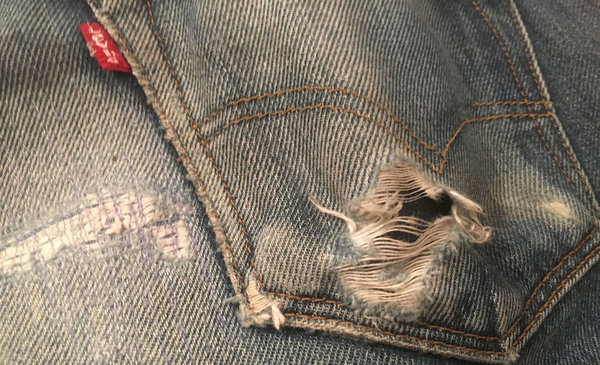