One of the great transformational experiences of my lifetime has been drinking beer in American bars. As a man who spent more of his 20s in America (and mostly in bars) than in the UK there is no-one who can testify better to just how disappointing American beer once was. Somehow Americans, and me along with them, accepted the idea that the variants offered by Budweiser, Miller and (if you really wanted to push the boat out) Coors were enough to satiate all your drinking needs.

And then it all started to change. Tiny independent brewers began to spring up all over the USA. They started brewing distinctive, beautiful ales of every possible variation and inclination. These beers first appeared around the periphery of American liquor stores and independent beer shops. Then they started to pick up distribution in local bars. American palates that had been raised on watery, indistinct, mass-produced tedium suddenly started to get a taste of local, diverse, fresh, brilliantly made beer – and they liked it.

I will say this and you can shoot me later. A typical bar in any major American town is now going to offer you a wider array of better local ale than the equivalent location in England, Germany or even (deep breath) the Czech Republic.

The age of making jokes about American beer is long over. A typical bar in Chicago, San Diego or Boston now offers a mesmerizing selection of different local ales. I sat recently in a small dive bar in Deerfield, Illinois, gazing in wonder at the dozen different draft beers before me with a look that blended admiration, incomprehension and the absolute and inevitable realization that there was too much good beer in this small bar to get through in the evening ahead.

AB InBev is rapaciously acquiring its independent rivals to ensure that, while it keeps one hand in the big beer business, the other increasingly works on the boutique side of things.

The man sitting next to me at the bar was struck by my countenance and we started a conversation. Despite being half my age he taught me about a dozen things about hops and yeast I did not know in the 60 minutes that we sat there and – in the age-old tradition of American bars – had a few.

This is all great news for consumers of beer but not such a wonderful development for AB InBev – the world’s largest beer company. Created from a merger of the behemoths that once owned Budweiser, Miller and a host of other mass-manufactured global beers, AB InBev still owns 45% of the entire American beer market. But that proportion is now in free-fall as American drinkers switch from big to boutique beer and imported alternatives in their millions.

AB InBev has a solution to this problem, one that probably will not surprise you. It is rapaciously acquiring its independent rivals to ensure that, while it keeps one hand in the big beer business, the other increasingly works on the boutique side of things. In true big corporate style AB InBev has housed its newly acquired craft beers in a newly created ‘High End’ division. So far, that division encompasses 10 much loved, formerly independent beer brands and includes such iconic names as Goose Island, 10 Barrel, Elysian Brewing and – its most recent acquisition – Wicked Weed Brewing from North Carolina.

With this growing stable of High End brands in place, AB InBev is understandably now investing in them. The company recently announced a massive $2bn investment – much of which will be devoted to its long term goal of growing its presence in the craft brew sector. Funds will almost certainly be used to acquire more craft breweries but also to scale up production and allow AB InBev to manufacture much greater amounts of its newly acquired beer brands, presumably from centralized production facilities.

The Issue Of Brand Architecture

Experienced marketers will begin to spot a potential problem in all of this: brand architecture. If target consumers become aware of the parentage of AB InBev’s growing stable of former craft beer brands, it could undermine the brand image of the brews and result in their widespread rejection in the market.

Before we go any further let’s make it abundantly clear that this is a very rare event. Typically, customers do not have the faintest clue about the organizational parentage of brands they may have had an enduring purchase history with.

Very few customers realize that Lamborghini is owned by VW or that Fiat owns Ferrari (along with Maserati, Alfa Romeo and Jeep too). Consumers spend hours reviewing prices for their next holiday by switching between Expedia, Trivago and Hotels.com entirely ignorant of the fact that all three belong to the same company. Standing in Boots they compare Pantene shampoo with Head & Shoulders and Vidal Sassoon unaware that all three options are manufactured by Procter & Gamble. At a bar they order a Baileys on the rocks and a Guinness for their partner, oblivious to the common link back to Diageo. And at the end of the night they debate whether to order from Pizza Hut or KFC, ignorant of the fact that the two brands are both part of the Yum! Brands group.

Brand architecture is a magic trick that allows big companies to proffer the illusion of choice to customers, constrain competitors’ access to all-important distribution channels and position different brands in a portfolio that can cover every corner of the segment map.

But there is a catch. Brand architecture only works if the magic trick remains a secret. Usually the combination of consumer indolence and competitor equivalency means no-one draws attention to the secret connections and shared parentage of brands. But there are special factors at work in the beer market that make this situation far riskier for AB InBev than most might anticipate.

The consumers who buy craft beer buy it because of its craft. They prefer their beer local and independent and made by a slightly mad bloke who takes his beer far too seriously. If I whisper into the ear of the woman in boots holding Pantene in one hand and Vidal Sassoon in the other that they are both made by the same company she is likely to shrug and then call security. But if I tell craft beer loving patrons that the Goose Island ale they are lovingly imbibing is actually made by the same company that brought you Bud Light, you are likely to humiliate these drinkers in a manner that ensures they don’t buy it again. When much of what you are buying is independence and craft, a parent that stands for the opposite is a killer of a brand association.

Second, the brands in question that AB InBev has purchased were positioned on their absolute and total revulsion for AB InBev and everything it stood for. That might sound like an overstatement but, trust me, it’s not. Prior to its acquisition, for example, Seattle-based Elysian Brewing used the slogan ‘Corporate Beer Still Sucks’. They emblazoned it across their six packs. Clearly, the biggest corporate beer company of them all buying an independent beer brand that positions itself as hating corporate beer companies is the kind of conundrum that will keep your marketing department up at night.

Then there is AB InBev and its own marketing strategy. The company has positioned its own brands aggressively against craft beers in the past by openly making fun of the precious and involved manner in which craft beer lovers consume their ale. Their infamous, and rather well executed, TV spot for Budweiser during the 2015 Super Bowl for example, is exactly the right corporate approach if you want to position big beer against craft beer, and exactly the wrong approach if your company is about to go on a craft beer acquisition spree.

Already there are signals that the craft beer industry is not taking AB InBev’s incursion into craft beer lying down. Industry bible Brew Studs has listed 14 formerly independent craft beers that it now recommends consumers boycott because of their big beer acquisition. Independent distributors have begun to delist any formerly independent beer brand now owned by the big beer companies.

Formerly friendly beer brands have moved fast to isolate and abandon any links with their newly acquired peers. In the month after its acquisition was announced, for example, Wicked Weed was banned and uninvited from a series of different craft brewing events. The brand had its local membership of the North Carolina Craft Brewers Guild revoked almost immediately and has been widely shunned by the local beer making community.

What emerges from all this is inarguably one of the great brand challenges of recent years. Can AB InBev pull off the dual marketing feat of maintaining its big brands while nurturing its newly acquired craft labels at the same time? The company certainly has the brand strategy capabilities but it will require an exceptional period of careful planning and execution to pull it off.

There is always the potential danger that a company famed for its economies of scale and mass production does the unthinkable and starts mass-producing and mass-marketing their growing stable of craft beers with unthinkable consequences. That might sounds like a ridiculously dumb thing to do but most big companies tend to keep doing things the way they’ve done things in the past. Acquiring a boutique brand does not always mean you also accept their approach to marketing and manufacturing.

American beer quality has improved dramatically over the past decade and with it the knowledge and discernment of American beer consumers. Maybe it’s time for brand management to follow suit in America and raise its game too.

The Blake Project Can Help: The Brand Architecture Workshop

Live TV In Decline: What Brands Should Know

Is Brand Experience The New Sugar? 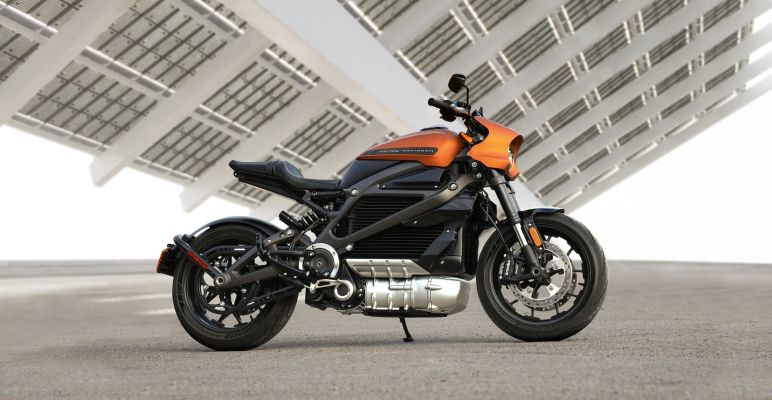 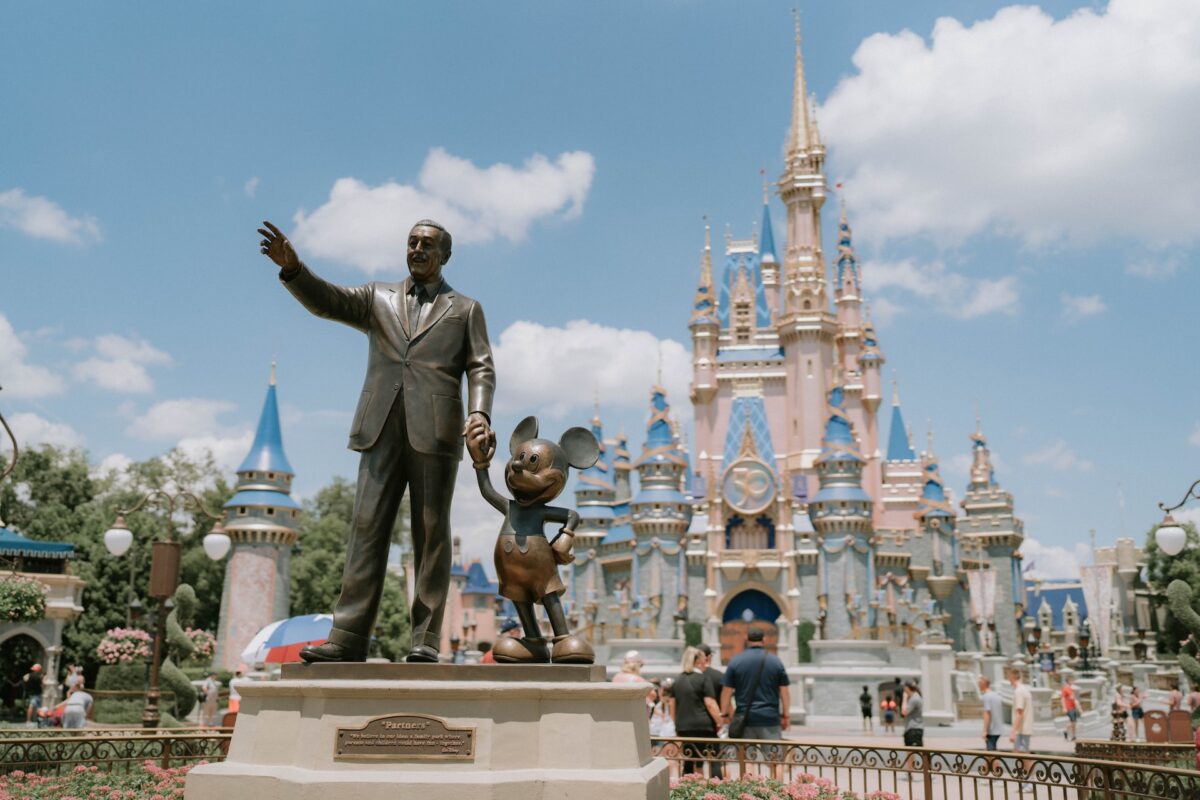