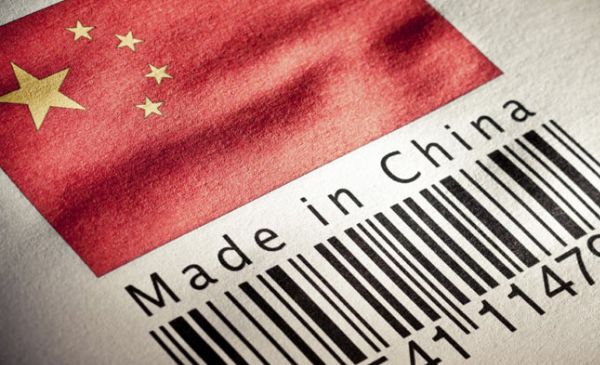 Someday, it will be the biggest consumer market in the world. No wonder that marketers are increasingly interested in Chinese naming.

With his training in classical and modern Chinese literature plus an advanced American psychology degree in bilingual memory research, Andy Chuang is the first in his family’s 1,500-year history to master not only Chinese but also English. His company, Goodcharacters.com in Fresno, California, specializes in Chinese naming and linguistic evaluation.

We sat down with Andy to talk about the rationale and the process of Chinese naming.

Q: Americans have a set of basic assumptions about how they name things. Is it true that the Chinese have a completely different orientation towards naming?

Americans typically choose existing first names for their babies. For example, John, David or Mary. However, the Chinese name their babies in the same manner that you would name a company or a product. The Chinese pick some “good characters” and put them together to form a “good meaning.”

Consider the Chinese president, Jiang Zemin, as an example. Jiang is his family name. His first name, Zemin: the combination of the two characters, Ze and Min. Ze is a “pool” or “benefaction.” Min is “the people.” By putting these two together, Ze-min means “benefit to the people” or a “blessing for the people.”

Q: So you have to be careful when you combine characters?

Indeed. Combining characters should only be performed by those whose expertise is in the Chinese language. For example, you might think that putting Ze and Guo (a country or a nation) together would mean, “benefit to the country.” But that is incorrect. Ze-Guo means “an inundated area.”

Q: What happens to an American name like “John” in Chinese?

Here is an example. Recently, a client wanted to order a Chinese name seal as a gift for a friend named John. “John” is a Biblical name that is traditionally transliterated to Yue Han in Chinese. It does not sound as “John” is pronounced in English, but it resembles the way it was when the Bible was first translated into Chinese.

The character Yue means “promise” and Han means “writing.” As it is written, Yue Han is fine as it stands. Later, the client mentioned that this person was very athletic. Immediately, we had a better, though much less common, transliteration in mind. We chose the character Chiang (Qiang in Pingyin) for “John.” Chiang means “strong” in Chinese. It not only sounded much more like “John” in English but also better represented his athleticism.

Q: What about working with company names?

For example, Hewlett-Packard’s Chinese branding is Hui-Pu. Hui is “kindness” and Pu, “universal.” (A Chinese phrase, Pu-Tien, “universal” and “the sky”, means “all over the world.”) So Hui-Pu can mean “benefit to all.” It sounds somewhat like Hewlett-Packard and has a good meaning that fits the company’s philosophy and position.

Q: What about the sound of the words as opposed to the meaning of the characters?

The kind of association each brings should be evaluated carefully before deciding whether the name should be best translated or transliterated. Some names are better translated.

For example, Toshiba once had a commercial song in China that sang, “Toshiba, Toshiba…” However, it turned out that “to-shi-ba” sounded like “let’s steal it” (tou-chu-ba) in Mandarin Chinese. People really made fun of it.

Fortunately, Toshiba is a Japanese name and its corresponding characters, Dong-Ji, means “the East” and “nobility.” Now Toshiba uses Dong-Ji more and is careful when using the pronunciation of “Toshiba.”

Another example: Oracle had launched its official Chinese branding called Jia Gu Wen. It sounded nothing like “Oracle,” but it was one of the most fascinating names we had ever seen. Jia Gu Wen was one of the earliest forms of Chinese written language dating back more than 3,000 years. Not only was it the most advanced way to store information at that time but also it was used for prophecy and forecasting. It fits Oracle’s competency in the database applications and business intelligence applications very well.

Q: In general, what guidelines would you propose for anyone considering naming in China?

First, it would be important to run a Chinese linguistic test before deciding on a new name, even if you are not planning to launch your product in China. This is to minimize the chance of creating a name that sounds profane or has negative associations in the various Chinese languages.

A name should be tested under Mandarin (the official Chinese language), Taiwanese (also called Ming or Hokkien), and Cantonese. These are the three most widely spoken languages by Chinese in China and in countries that have a million or more Chinese in their populations – the United States, Canada, Malaysia, Indonesia, Singapore, and Thailand.

Second, conduct Chinese name studies and trademark research if you are preparing to enter the future’s biggest consumer market in the world. Your Chinese company or brand name should be two to three characters and never more than five. The more characters in the name, the weaker it sounds and the less memorable it becomes. The name should also be easy to pronounce and free from negative political, social, historical, or psychological associations. And the trademark research and registration should be done in both China and Taiwan to fully protect your intellectual property.

Become A Better Marketer. Build A Stronger Brand. Join us for The Un-Conference: 360 Degrees of Brand Strategy for a Changing World. A fun, competitive-learning experience reserved for 50 marketing oriented leaders and professionals.