No review of the brand Jordan phenomenon would be complete without examining the extraordinary creative collaboration that Michael had with Nike’s premier designer and creative genius Tinker Hatfield. Tinker is the designer of many of Nike’s most popular and innovative shoe designs, including the Air Jordan 3 through Air Jordan 15, the twentieth anniversary Air Jordan XX, the final numbered Air Jordan, the XXIII, the 2010 (XXV) and other athletic sneakers including the world’s first “cross training” shoes, the Nike Air Max, the first visible air running shoe and the Nike Air Trainer. Hatfield currently oversees Nike’s Innovation Kitchen as VP for Design and Special Projects.

The Designer Is The Architect

Tinker was a gifted and decorated athlete in high school football, track, basketball and in college track. He pole-vaulted on the University or Oregon’s track team under Nike’s co-founder Bill Bowerman, back in the early 70’s achieving heights over 17 feet. This was Olympic caliber stuff at the time, but in one vault his junior year he shattered an ankle severely, landing on the vault box and his career as an athlete was suddenly over. He fell back on the study of architecture and upon graduation from Oregon started worked as an architect, eventually being hired by Nike in 1981 as its corporate architect. He worked this job for several years until he was coaxed into joining an internal design competition to come up with a new shoe design. Tinker’s submission wowed Nike management sufficiently to encourage him to leave architecture behind and become a full-time footwear designer for Nike in 1985.

Tinker’s background is interesting because he was not classically trained as an industrial product designer, a footwear designer or an apparel designer. But, his background and training in architecture gave him many unique perspectives on problem solving other designers in the industry at that time didn’t have. Tinker was far more contextual in walking around a new design challenge as an architect would. This was a skill that an architect would practice in performing a site study for a new building, and in sizing up the client’s persona and voice to incorporate that energy into the design. Before anyone else inside Nike, Tinker adopted the use of storyboards with extensive illustrations to visually think his way through the evolution of a concept and in the process tell a story about the design inspiration of the new shoe design and how it was linked to an athletes character, playing style or personality. His illustrated storytelling prowess was ideally suited to briefing marketing and ad agency exec’s and overcoming internal financial hurdles to getting his design projects green lit for production.

Sometimes Tinker would reach out into popular culture and pick an icon that an athlete resembled. One year he paired Mighty Mouse and Bo Jackson in the design of a Cross Training shoe. These are creative visualization skills that Nike never knew it would need. These skills emerged organically out of Tinker’s own personality and sense of design style. Several decades after these skills emerged Phil Knight encouraged Tinker into taking greater imaginative leaps with his design abilities, because his instincts and influence on the rest of the design culture within the company and industry was so great. Shortly thereafter Tinker devised a strategy to transform the University of Oregon football program by giving it’s uniforms and branding a very distinctive and noticeable design edge. This design edge created a subtle yet noticeable shift in the energy of the University of Oregon football program, which helped it with recruiting and the rise to college football prominence. Of course there was much more substance behind this rise, the up tempo style of play, the coaching, the high quality athletes and Phil Knights behind the scenes support of the football program. But, this sports episode is instructive of the power of design to start an energy shift in one schools program, that then went on to influence the entire sport at the college and professional levels. 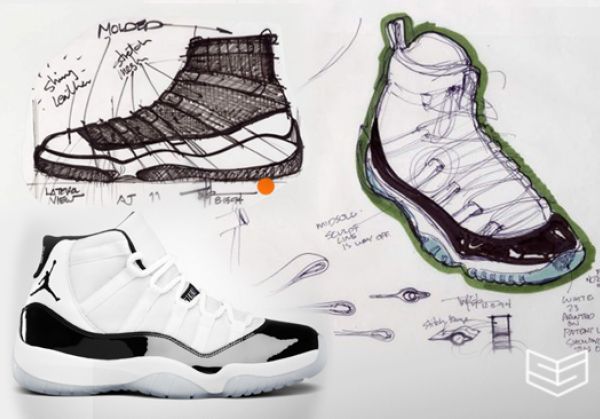 Tinker also liked to spend time with athletes, he understood them because he was one of them and he was fascinated to be working with great athletes like Michael Jordan. It really helped Tinker in his visualization process in creating brand Jordan to have an actual personality to work with that had many observable and admirable character traits. It also helped in the particular case of Jordan that he was highly intelligent and a wonderful co-collaborator and partner in the design process. Both Tinker and Michael had a high regard for each other and genuinely enjoyed each other’s company.

Tinker and MJ were ideally suited in temperament, competitiveness and perceiving energetic nuances in colors, lines, materials, outside cultural influences and stories that shaped Michael’s character and the way he played the game.

One year Tinker interpreted Jordan’s maneuverability as that of a panther or black cat, which was Jordan’s nickname in high school. Another year Tinker interpreted Air Jordan’s design code partly from a WWII fighter plane design. Tinker’s inspiration came from a British Spitfire’s nose art, from painted teeth on the nose of the plane like from a T-Rex but in flames. He translated that design cue into a mid-sole design feature of the Air Jordan 5.

After hanging with Michael for an extended period at his suburban Chicago mansion one year Tinker interpreted a great Gatsby design code so that the Air Jordan 11 resembled a pair of ‘spats’ or spatter guards that were a classic footwear accessory in the Great Gatsby era.

Michael’s interest in collecting and racing high performance exotic motorcycles become another source in 2005 of Tinker’s design inspiration. After a several year hiatus, Tinker returned to the Brand Jordan drivers seat for the design of the Air Jordan 20. Finding inspiration from motorcycle tires and shoes he created a shoe that celebrated the twenty-year history of Air Jordan’s. On the heel you would find the figures 85 and 05 embedded in the mesh and the lace covers were laser etched with a massive amount of symbols representing different stages in MJ’s and Air Jordan’s life.

These examples demonstrate that character research can reveal new character directions for an Iconic brand. Through the Jordan design process Nike learned that a character’s emotional life inside or outside the game could be translated into design codes, features and attitude. Nike also learned that its designers could take imaginative leaps, injecting these character traits and emotions into product design.

Air, Flight and Agility were design codes that were interpreted into Air Jordan and other Nike basketball product designs. The design process and the products that came out of it were an integral and essential part of the brand Jordan legend and Nike’s business success.

In the building of the Air Jordan brand it is important to point out that Michael Jordan broke into the NBA in a very extraordinary way. The initial Jordan story worked because Michael’s real life character was a human highlight reel. But the actual creation of Air Jordan was a back and forth process. Tinker observed MJ, spent time with him and asked him questions. MJ spent time with Tinker, observed his early design concepts and also asked questions. In this way new shoe designs were always tested against the consistency of MJ’s character and his personal sense of style. And the shoes that were green lit for production at the end of the design exploration process always had to be among the best performing sports shoes in the world, fit for high performance match play.

Iconic branding can be viewed as a process not just a serendipitous event. This process resembles screenwriting. One of the first steps a seasoned screenwriter takes in developing their script is to perform character research.

Air Jordan is centered on the total personality of Michael Jordan. It is based upon his personal actions off the court and the very entertaining role he played on the NBA stage. But, it was also based upon Michael’s personal charisma and magnetism. He was charming to people on a personal level. People liked the way he dribbled the ball with his tongue hanging out. And in a little known story that reveals his character, Nike’s top designer Tinker Hatfield, was staying at Michael’s home in the late 1990’s when the Chicago Bulls were going for their second three-peat.

Michael drove into Chicago with Tinker to arrive at the United Center several hours before game time. On the drive into town Michael pulled his Mercedes off the freeway several miles before the arena and drove slowly through a very sketchy neighborhood. Michael wound his way to a particular street corner where there were four young teenagers standing around, bouncing a basketball.

Jordan pulled over, rolled his window down and called them over. He spoke to each of them by name, and after a few minutes of banter, gave them some t-shirts and tickets to that afternoons NBA championship game. Afterwards Michael explained to Tinker that he’d discovered those kids several years earlier and had kind of adopted them. It was a ritual for him to stop and see them on his way to the arena for home games. This story is an example of “ethos” or what can be called a character defining moment. This was the private Michael Jordan remembering how tough it was for himself as a teenager. Particularly when he was cut from his high school basketball team. Which was an emotionally devastating event for him. But, he read that moment as if the fates had spoken. He turned that rejection into the beginning of his legendary work ethic. He worked harder on improving his game from that year on than anybody else.

And it showed in his style of play and his personal appeal extended to the Nike shoes that teens everywhere wanted to re-enact their own flights of hardwood fantasy. Jordan’s warrior archetype, the scoring records, the NBA titles, his dunking style, revealed endlessly in slow motion videos, along with the most stylish and high performing basketball shoes created a sports marketing legend, which has greatly boosted the aura, magic and appeal of the Nike brand.

In building your brand it’s important to keep in mind that character is the most important thing in storytelling. It drives the plot and story, not the other way around. Many companies let finance, technology, innovation or some other element drive their business plot.

The Blake Project Can Help: The Strategic Brand Storytelling Workshop

The Four Virtues Of Brand Leadership 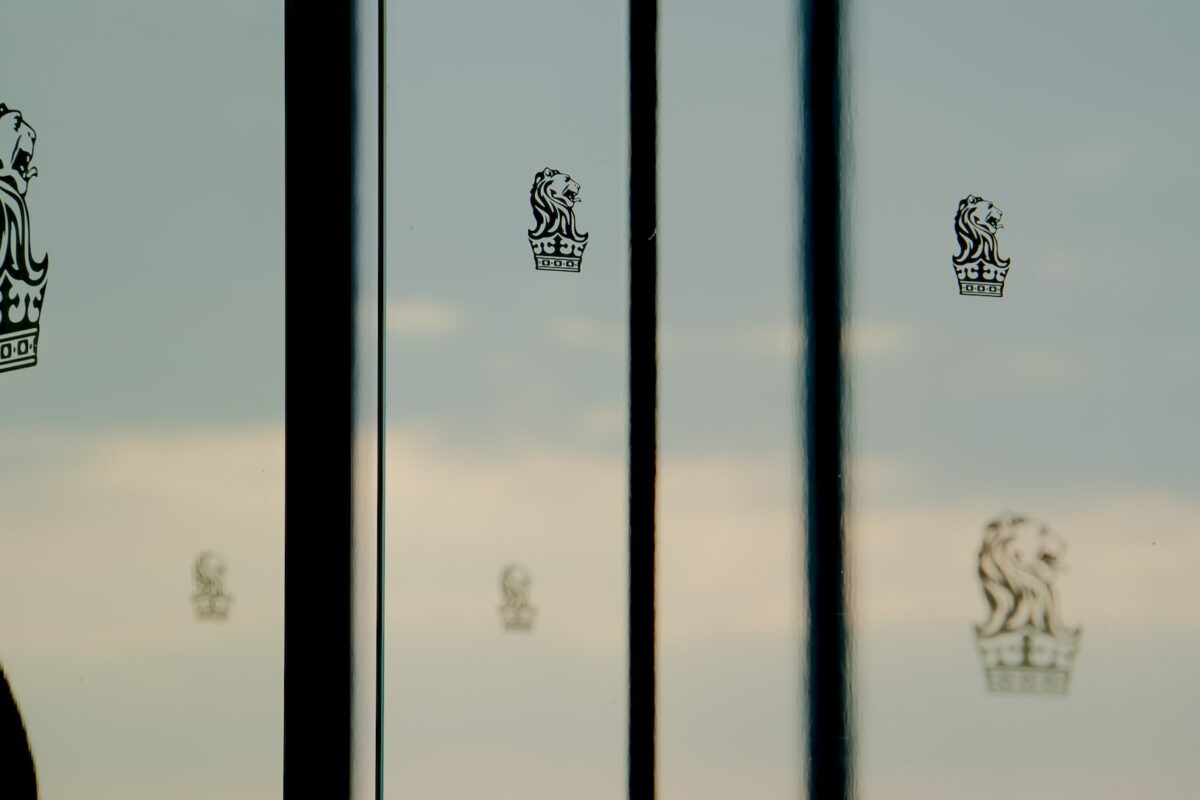 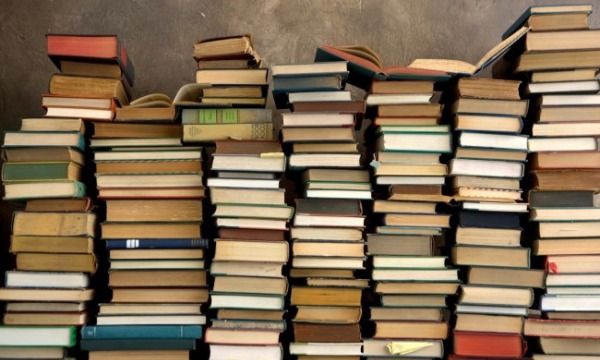